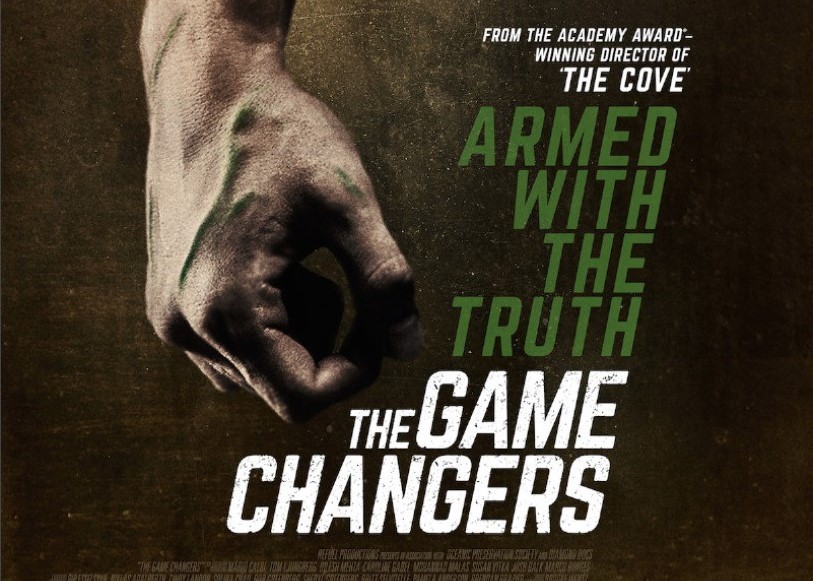 The “Game Changers” is a Netflix documentary about plant-based diets for athletes that has gone viral; I’ve had 5 different people, athletes and other coaches, ask me about it in the last couple of weeks. As a matter of principle, I don’t watch nutrition documentaries: based on the ones I’ve watched in the past, I consider them to be particularly unreliable sources of information. But, since this has made such an impression on people in my field, I decided to watch it in order to form and be able to offer an opinion. I only made it to the 27-minute mark, and here’s why (this going to be long-winded; if you’d just like to read my conclusions, jump straight to the last paragraph):

The documentary starts by mentioning a study that shows that Roman gladiators were “predominately vegetarian”. The narrator says: “The gladiators were highly prized fighters who got the most advanced training and medical care in the Roman Empire. To think that the original professional fighters ate mainly plants went against everything that I’d been taught about nutrition”. The documentary fails to mention that people in general living in agricultural societies in those days ate very little meat and were stunted (which is a reliable marker of malnutrition). As a matter of fact, that study found there was virtually no difference in terms of nutrition between the diet of the gladiators and that of the local “normal population”, which is probably why they ate the way they ate. It also found that “the individuals from the gladiator cemetery were a very heterogeneous group who consumed different kind of foods”, with some individuals consuming meat regularly (we do not know the reason for this variability but, since meat was infrequent in the roman diet, one plausible explanation might be that more successful/higher-status gladiators ate more meat). The same study also found that gladiators “drank ashes after training as a tonic”. I’d like to suggest that, perhaps, people 2000 years ago knew as much about nutrition as they did about medical care (i.e. not much) and what they ate doesn’t have much bearing on what an optimal human diet looks like. Relevant links:
https://www.sciencedaily.com/releases/2014/10/141020090006.htm
https://www.ncbi.nlm.nih.gov/pmc/articles/PMC4198250/

In the next several segments the documentary more or less goes as follows: “there are some high-level athletes who are vegans, therefore it is a superior diet for performance”. There’s no information on the percentage of high-level athletes who are vegetarians, no clear data on how exactly their performance changed before and after switching to a vegetarian diet, no data on confounding factors, no data on whether there are any athletes who upon switching to a vegan diet saw their performance drop. Just a few individual anecdotal accounts that could be summed up into: “after going vegetarian I feel and perform better”. So basically, the writers cherry-picked anecdotal evidence, which really equates to “no real evidence at all”.

Just to make the above a bit clearer: What does it mean that a vegetarian mixed-martial artist (Nate Diaz) won his fight against a meat-eating mixed martial artist (Conor McGregor)? The documentary implies this means a vegetarian diet is superior to a diet that includes meat. Using the same line of logic, shouldn’t the fact that Diaz lost the rematch to McGregor and the fact that on his most recent fight he lost by way of technical knock-out to another non-vegetarian fighter (Jorge Masvidal) mean a plant-based diet is, after all, inferior? That’s a pretty meaningless line of logic. This isn’t how science is done, this is sensationalistic nonsense and a complete and utter waste of everyone’s time.

To make the above even clearer: The documentary mentions Carl Lewis and his nine Olympic gold medals, and shows part of an interview where he says a vegan diet helped him perform at a higher level. Here are some facts that are left out: Lewis won the first six of those nine medals before switching to a plant-based diet. Lewis’ first World Championship gold medal was in 1983 and his first Olympic gold was in 1984. He fully dominated his competition until 1991, when he reached his peak, and after that his performance started to drop. He got on a vegan diet in 1990, at 29 years of age. So, his performance increased until he was 30 years old and then it dropped, and he became a vegan at 29. So maybe the change of diet helped his performance for the first year but harmed it the years after that? Or maybe he would’ve peaked at 30 years old regardless of his diet? But what about the fact that he won more than twice as many World and Olympic gold medals while eating meat (12 gold medals from 1983 to 1989) as he did while on a vegan diet (5 gold medals from 1990 to 1996)? And, while we’re at it, what about Usain Bolt’s infamous 1,000 McNuggets that he ate in the 10 days he spent in Beijing during the 2008 Olympics where he happened to win 3 gold medals setting 3 world records? This is all just meaningless, time wasting cherry-picking.
Relevant link:
https://time.com/391…/usain-bolt-chicken-mcnuggets-olympics/

I could go on, but I think the above describes why cherry-picking vegan athletes is pretty meaningless. The most one can deduct from all those examples is that it might be possible for at least some people to perform at a high level on a vegan diet.

Then at some point in the documentary there is a weird segment where the narrator says that it’s confusing how a meat-free diet could provide a long-distance runner with enough energy. Absolutely nobody who knows the first thing about nutrition finds that confusing. If you want to learn more about this, just read the following:
http://athletic-development.blogspot.com/…/sports-nutrition…

And then there is the “burrito experiment”. A scientist has two athletes eat a meat burrito on one day and a vegan burrito on another day, and each time draws a vial of their blood. He also has a third athlete who is a vegan and who eats a vegan burrito both times. The plasma of the blood drawn after eating the meat burrito is cloudy and that drawn after the vegan burrito is see-through. Then, the documentary makes several claims about how that would positively affect arteries and subsequent sports performance and says those conclusions are backed by several studies. The headlines of three studies are shown. I looked up those studies. The first study has to do with a high-fat versus a low-fat meal (nothing to do with meat versus no-meat). The second study has to do with how arteries function after an “oral fat-loading test” (again, nothing to do with meat versus no-meat). The third study compared eating a hamburger versus eating a hamburger plus some avocado (yet again, nothing to do with meat versus no-meat). Neither of the three studies has anything to do with sport performance. The cherry on top of the cake is the fact that on the “burrito experiment” that they performed in the documentary they added avocado (which the third study they cited showed could help with artery function when combined with meat), but only on the vegan burritos. This is junk science at best, and at worst it is intentional deception. This is also when I decided this documentary is clearly a piece of garbage and there is no point in watching any more of it.
Relevant links:
https://www.atherosclerosis-journal.com/…/S0021-91…/fulltext
https://www.atherosclerosis-journal.com/…/S0021-91…/fulltext
https://pubs.rsc.org/…/c…/articlelanding/2013/FO/C2FO30226H…

Now please let me note that with the above I am not expressing any views on plant-based diets. I personally think that adopting a vegetarian/vegan diet for ethical reasons is clearly admirable. The science also suggests that reducing one’s meat consumption may be better for the environment. I also think it may be possible to be a vegan and a high-level athlete (although I think it is significantly harder to do and much easier to mess up, compared to a diet that also includes meat). What I am suggesting is the following:

Please keep in mind that a movie can be a very powerful and persuasive medium but that doesn’t mean it is necessarily a reliable one. It is always a good idea to try to critically evaluate any information you receive before accepting it as

Currently the strength coach of Iraklis BC, Petros Syrakopoulos has worked as the strength coach for basketball clubs participating in the Greek Basket League (Iraklis, Trikala and Arkadikos BC), for the national basketball team of Ukraine (participating in FIBA’s EuroBasket 2017) and for Greece under-19 and under-20 national basketball teams (participating in European and Word FIBA championships), and has served as the head performance specialist in the athletic development and sports rehab center Performance 22 Lab in Athens, Greece. He graduated from the Physical Education and Sports Science department of Athens University with the highest GPA in the department’s 30-year history and frequently presents in educational seminars on athletic development and therapeutic exercise. 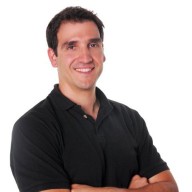 Join the discussion and tell us your opinion.